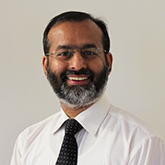 Dr. Jagannath Panda is the Head of the Stockholm Center for South Asian and Indo-Pacific Affairs (SCSA-IPA). He is also the Editor for ISDP.

In addition to his primary appointment at ISDP, Dr. Panda is the Director for Europe-Asia Research Cooperation at the Yokosuka Council on Asia-Pacific Studies (YCAPS); and a Senior Fellow at The Hague Centre for Strategic Studies (HCSS), The Netherlands.

Dr. Panda has testified to the US-China Economic and Security Review Commission at the US Congress on ‘China and South Asia’.

He is the Series Editor for Routledge Studies on Think Asia, and also the Editorial Board Member of the Journal of Asian Public Policy (JAPP: Routledge).

Dr. Panda has a column titled “Asia’s Next Page” with Japan Forward, and is a keen follower of Chinese, Japanese and Korean affairs including Indo-Pacific power politics. He has been a Korea Foundation Fellow (2018) and Japan Foundation Fellow (2018). Dr. Panda has written for The National Interest, China Brief (Jamestown Foundation), The Diplomat, Nikkei Asia, 38 North (Stimson Centre), Asia Times, The Japan Times, The Diplomat, South Asian Voices (Stimson Centre), The Asan Forum, East Asia Forum, PacNet Commentary, Asia-Pacific Bulletin, The Independence (UK), The Strait Times (Singapore), The Hindu, The Indian Express, The Tribune and The Pioneer among many other international forums.