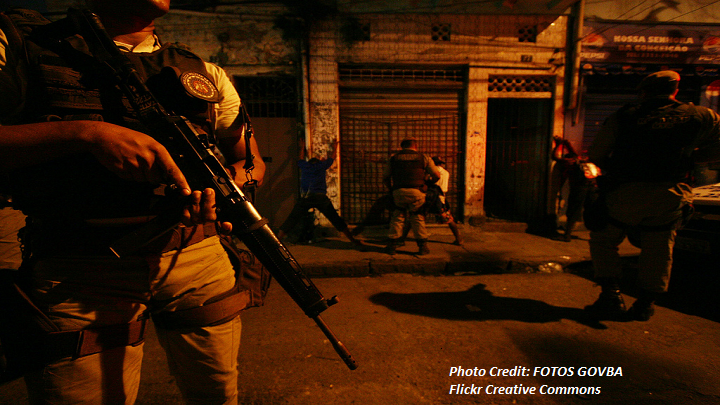 Organized Crime Groups (OCG) constitute non-traditional threats to global security. They represent a new kind of criminality which is draining billions of dollars annually from every country, including Sweden. This poses a new security challenge for both the state and the private sector. OCGs are involved in racketeering, fraud, tax evasion, money laundering, arson, robbery, murder, violence, bombings, torture, health insurance fraud, human trafficking, prostitution, drug trafficking, smuggling, white collar crimes and both political and judicial corruption or any other illegal activity where they can make a profit.

The Center for Transnational Threats (CTT) division is responsible for the OCG projects within ISDP. The CTT has an extensive network of both international law enforcement agencies and policymakers, for whom the modus operandi of several organized crime groups operating in, to and from Sweden has been mapped, with focus on both current and new trends as well as new types of criminal activities. The project maintains an ongoing dialogue between key actors and has thereof created a hub for information-sharing which has provided strategic insights and problem solving measures for both law-enforcement agencies and private actors.

There is a fast growing need for information and international cooperation combating transnational crime. The OCG-project acts as a bridge between stakeholders in Sweden and Europe with special focus on the Baltic Sea States. CTT contributes to law enforcement agencies and private actors with information about trends as well as the tools, strategies and recommendations on how to implement new resources and collective responses in order to help state and non-state actors to understand and effectively deal with organized crime and other security threats related to transnational crime.

CTT focuses on problem solving and acts as a bridge between academia and practitioners. We provide information and policy recommendations to agencies as well as the private sector. Our areas of expertise include security issues, non-traditional threats, where new approaches are needed to identify information, new security focus and new trends in Sweden.