Waves of Fake News in Transboundary Waters: The Need for Communication Resilience 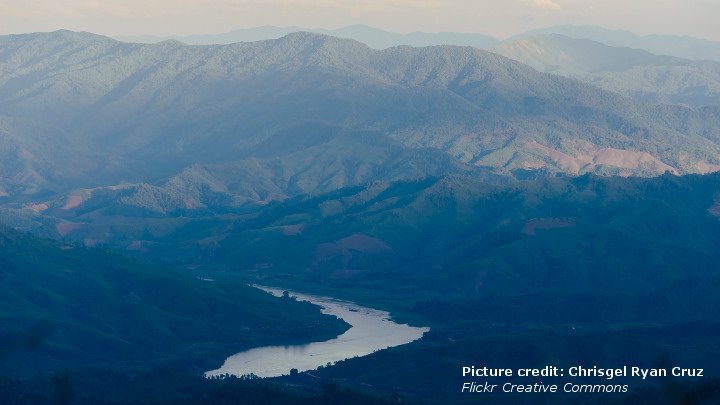 Systematically generated disinformation campaigns or fake news are forms of information counterintelligence operations that have become a defining feature of today’s informational landscape. Commonly recognized examples include the targeting of election and strategic referendum campaigns such as the United Kingdom’s ‘Brexit’ vote in June 2016 and the Unites States election of the same year.

Information manipulation, ranging from promotion of deliberately misleading information to indirect impact through proxy groups, is used to influence individuals, communities, and networks through controlling the narrative of an existing challenge. For example, spreading of disinformation on water allocation and availability, causes of drought or causes of water pollution.

Information on climate change and water scarcity have likewise been the subject of targeted disinformation campaigns globally. With the increasing urgency to improve understanding of how our future will be affected by climate change and the availability of natural resources, including water resources, such disinformation campaigns are able to flourish where there is relatively weak public knowledge about existing and future environmental challenges.

The impact of fake news on transboundary decision making

So-called fake news refers to false information shared tactically to influence beliefs based on the piece of information shared to the benefit of the sharer’s interests. It is only one example of information operations that include other forms of deliberate deception and information manipulation. Manipulating the narrative of causes and impacts of climate change, including water-related issues, can be used to achieve the actor’s own goals and to control decision-making processes of water governance.

Public support for transboundary cooperation is prone to diminish, particularly in upstream countries, if perceptions are nourished that transboundary cooperation means giving up ‘our’ water resources to ‘others’, especially in the context of growing fear over water scarcity. These colluding forces thus make water diplomacy processes particularly vulnerable to disinformation campaigns.

Furthermore, asymmetrical access to the data on future water availability and needs compounds communications clarity on an already complex issue. The already dire situation can be aggravated further as a result of (some) policy-makers’ low scientific literacy. When politics trump science, decisions on water-related issues that need to be both politically and technically sustainable are then made based on relationships, vested interests and other factors outside of realm of possibilities informed by scientific knowledge.

The complex intersection of changing climates and increasing environmental challenges, a general lack of data availability, and weak communications from riparian governments to the general public regarding the benefits of transboundary water cooperation, has created fertile ground for water related disinformation campaigns (figure 1).

Both state and non-state actors have resorted to malicious use of social media and closed communication platforms to spread disinformation. This can range from the propagation of specifically targeted campaigns spreading deliberate, polarizing misinformation to selective highlighting of aspects of a challenge in order to tilt public perceptions in one direction.

In some cases, for example, it may be more politically convenient for governments to attribute increasing water scarcity to the impacts of climate change, rather than make visible politically challenging reasons such as unsustainable water use or internal water mismanagement. In other cases, governments have amplified information on ongoing drought conditions to galvanize public support for harder negotiation positions against upstream countries. A 2019 Oxford University study found that one political party or government agency in each of at least 70 countries have resorted to targeted disinformation to shape public opinion.

These phenomena require new questions to be posed and addressed by decision makers and policy advisors alike. How can sustainable agreements on transboundary water resources be negotiated when public support for the governments negotiating these agreements is tarnished by disinformation on future water needs and water availability?

Disinformation and water scarcity
Climate change-related challenges and transboundary water negotiations are vulnerable to increasing incidents of conspiratorial thinking as there is greater uncertainty about future projections. Further to this,  dialogue processes on shared water resources are often undertaken in the context of incomplete or asymmetrical knowledge of how the contested transboundary basin will be affected by climate change, changing demographics, and other water needs of different critical sectors including agriculture. This uncertainty, which happens amid increased competition over declining water resources, is a breeding ground for the amplification of misinformation.

There are several specific examples of how disinformation is used in the context of water scarcity and environmental degradation.

In Iraq, prior to an escalation of violence in 2014, ISIS/Daesh deliberately engaged in the propagation of misinformation purporting that the Shia-dominated government was cutting off water to Sunni farmers. This information was disseminated in areas heavily impacted by droughts where the extremist group targeted affected farmers in their recruitment campaigns. ISIS militants spread rumours that the drought was not due to reduced rainfall in the context of climate change but a man-made retribution against Sunni farmers. Iraq’s government at the time, and still today, lacked resources to effectively mitigate drought impacts on rural communities and communicate to the public about rapidly emerging environmental challenges.

The Lake Chad Basin is another example where information distribution elicits concern due to divergent news surrounding the main causes of complex environmental concerns. Contrary to popular beliefs, the volume of Lake Chad has been constant or has even grown since the 1990s, yet most mainstream news attributes the alleged shrinking of the lake to climate change and elaborates on linkages between retreating lake shores and the growing impact of Boko Haram, claims that have even been repeated in some policy circles. It is indisputable that impacts of climate change affect livelihoods in the region, yet false perceptions of other issues may hamper finding a sustainable solution to the regional climate and security crisis.

What can be done

What should then be the answer to the influx of disinformation campaigns on water-related issues that elicit a disabling environment for riparian governments to negotiate on transboundary water cooperation and, in some cases, undermine trust in public institutions?  Many governments are ill-equipped to respond to these types of challenges and can face public backlash when conducting negotiations on transboundary issues that would require some level of compromise to reach a mutually satisfying agreement.

Some communication platforms like WhatsApp, for example, have responded to the need to mitigate the spread of disinformation by reducing the number of chats to which a user can forward a message. However, it should be added that spreading misinformation in this context can also be unintentional. With an abundance of information outlets it can be difficult at times to know which source is credible.

Lessons learnt from business and political disinformation campaigns show that adopting a transparent and evidence-based communication strategy between government and public is more effective than responding to individual fake news.  Efforts to communicate a realistic picture of future water availability can ensure that the public is well informed about what benefits will be accrued from successful water cooperation, as well as what will be the costs of a failure to negotiate sustainable agreements. Nevertheless, it remains a challenge for riparian governments in conflict-prone regions to raise public awareness about sustainable use of water resources, including groundwater resources.

What is needed is capacity building support, from development partners and wider international community, for riparian governments to develop their own strategies to communicate effectively about future challenges, the need for sustainable internal water management, and the tangible benefits of transboundary water cooperation amid shared risks such as the advancing impacts of climate change. Above all, there is a strong need to support increasing scientific literary in decision-making processes as well as better distributing already available knowledge across sectors and boundaries.