The Russia-India-China Trilateral After Ukraine: Will Beijing Take the Lead? 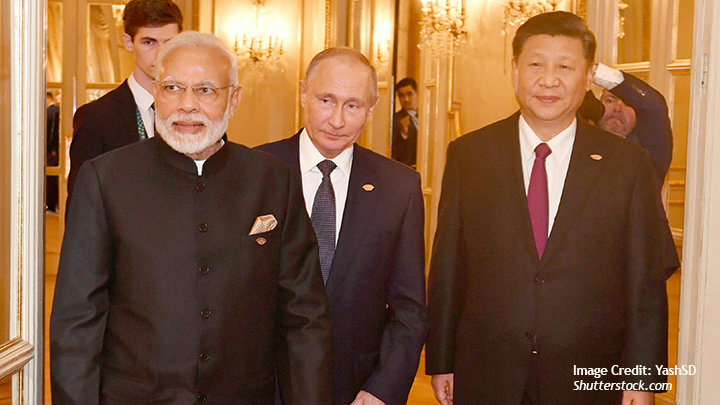 At the Shanghai Cooperation Organization (SCO) foreign ministers’ meeting in late July, which included China, India, Kazakhstan, Kyrgyzstan, Pakistan, Russia, Tajikistan, and Uzbekistan, People’s Republic of China (PRC) State Councilor and Foreign Minister Wang Yi exhorted member states to uphold the “Shanghai Spirit” (上海精神, Shanghai Jingshen) of mutual trust, mutual benefit, equality, mutual consultations, diverse civilizations, and the pursuit of common development (Gov.cn, July 29). He then presented a “five-point proposal” for building an SCO community “with a shared future” (CGTN, July 30). In doing so, Wang echoed President Xi Jinping’s call in his four-point proposal at the BRICS (Brazil-Russia-India-China-South Africa) summit in June —albeit via a rather elemental poetic allegory of fire, wind, and water –to embark on a “righteous course” toward a shared global future premised on inclusive, comprehensive and close win-win cooperation (Qiushi, June 24). BRICS already has a “Plus” mechanism and is mulling an expansion to include “like-minded” partners.

You can read the full article on The Jamestown Foundation’s website.