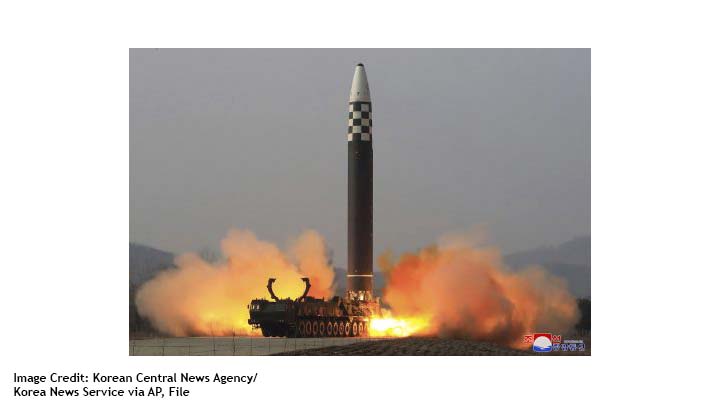 North Korea claims that it successfully tested its new Hwasong-17 intercontinental ballistic missile (ICBM), which first appeared in a military parade in October 2020, on March 24, eight days after another suspected ballistic missile blew up immediately after liftoff.

In a closed briefing to the National Assembly, the Defense Ministry reported to lawmakers that the missile launched on March 24 seems more like the Hwasong-15 than the Hwasong-17 based on the ministry’s analysis of the performance of the missile and video footage released by the North’s state media on March 25.

In the heavily edited video released by the North’s state media a day after its ICBM test, the missile launch was conducted under clear skies. However, the Sunan area, near Pyongyang, was cloudy on March 24. In this context, Seoul suspects that the missile launch captured in the video might be scenes from the failed missile test on March 16.