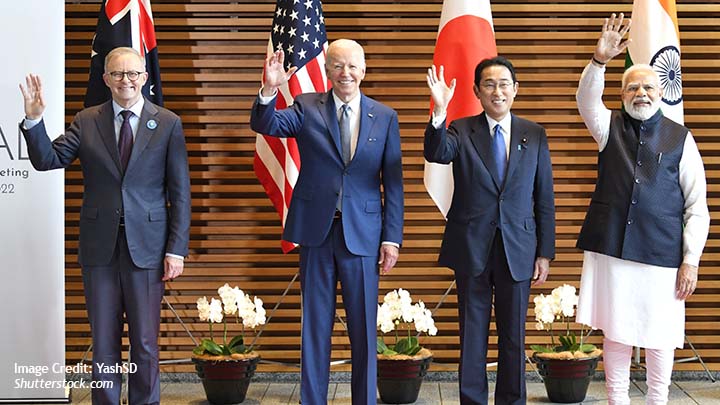 From an ad-hoc body that emerged to coordinate a response to a devastating tsunami in 2004, the Quad has grown into a critical and formalized framework with a practical agenda. As the grouping has become an important and (in all likelihood) a permanent fixture in the Indo-Pacific region, debates on its nature and character, and where its priorities must lie have also grown. This paper addresses a key point of contention regarding the Quad’s future: Whether the grouping should move toward a rigid security treaty alliance by enhancing its security focus, or whether it should continue on its present trajectory and focus on becoming a public good provider in the region. This paper reflects on the Quad’s evolution thus far and aims to make a case as to why the Quad must cautiously stay removed from a reverting to its initial security focus and instead focus on achieving its vision of becoming a force for good in the region. Championing public goods can in fact be a major advantage for the Quad, as it not only can help it gain greater acceptance in the Indo-Pacific, but also help strategically balance against China’s expanding influence and geopolitical footprint in the region.