Political and Economic Reforms in Kazakhstan Under President Tokayev 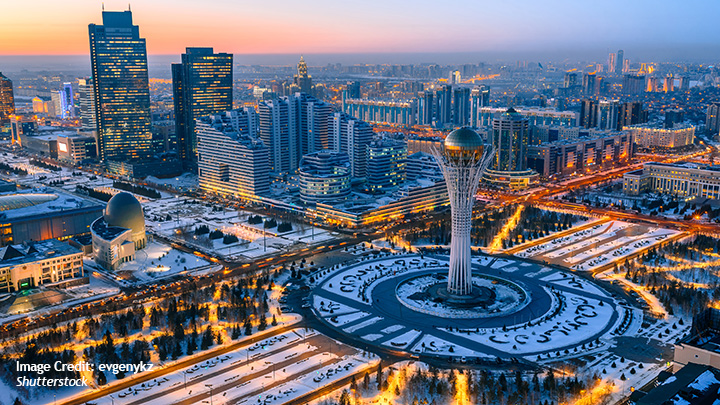 Kazakhstan’s leaders have long harbored ambitious visions for their country’s future. The country’s first President, Nursultan Nazarbayev, launched several far-reaching goals for the country’s development, most notably in 2012 the “Kazakhstan 2050” strategy, which aimed for Kazakhstan to take a place among the world’s 30 most developed states by mid-century.

For a young country in the third decade of its independence, such lofty goals clearly required far-reaching reforms. Still, Kazakhstan’s leadership focused primarily on reforming the country’s economy. While acknowledging the need for political reforms, the leadership explicitly followed a strategy that prioritized the economy. President Nazarbayev on numerous occasions stated that “we say: the economy first, then politics.”

But major shifts in the global political economy in the past decade forced a revision to this strategy. By 2015, it had become clear that a focus on economics alone would not be sufficient for Kazakhstan to reach its stated goals. In fact, the diversification of the economy required measures that went deep into the political realm. Furthermore, very much as a result of the country’s successful economic development, the population of Kazakhstan increasingly voiced demands for political reform as well.

Reform initiatives in the political sphere began to be launched prior to President Nazarbayev’s unexpected resignation in March 2019. Among other, constitutional amendments were introduced to strengthen the role of parliament. Following the election of President Kassym-Jomart Tokayev, the reform agenda explicitly focused on political and economic fields in simultaneous, parallel tracks. In the three yearly State of the Nation addresses that President Tokayev has held, he has issued at times scathing criticism of the state of affairs in various sectors of the country’s governance, and emphasized the priority accorded to systemic reform.

President Tokayev introduced new institutions to oversee reforms, most notably the National Council of Public Trust, which brings together government officials and respected members of civil society. This institution, and its working groups, has been a vehicle for the generation of and deliberation on ideas for reforms.

Reforms in the economic field have been ambitious. Kazakhstan’s economy has been primarily driven by the exportation of oil and natural gas. However, the 2008 and 2014 price shocks revealed just how vulnerable the Kazakhstani economy was to the oil price, and it catalyzed a mobilization toward reform to reduce the country’s dependence on fossil fuels. Toward this end, the country seeks to energize its manufacturing and agricultural sectors. In manufacturing, the country is focused on developing an ‘economy of simple things’ in which the nation becomes a primary producer of all the low-tech products that Kazakhstanis use every day. For agriculture, the country is mobilizing government resources to support seven separate ‘ecosystems’ of food and agricultural production.

To drive technological advancement, Kazakhstan is undergoing a number of reforms that will develop an entrepreneurial culture, attract investments in the tech industry, and lay the foundation for Kazakhstan to serve as a technological hub in Central Asia. The country has already progressed significantly on an initiative known as “Digital Kazakhstan,” which seeks to transform the way that citizens, businesses, and government bureaus all interact with each other. The strategy employs modern technologies like AI, 5G, and Smart City technology to boost R&D, e-commerce, venture financing, and fintech development. As part of this strategy, Kazakhstan opened a financial and technological innovation hub in 2018, known as the Astana International Financial Centre, to attract investments, support innovation, and arbitrate disputes in private business.

President Tokayev’s reforms in the human rights area can be divided into two categories: a first where the government clearly seeks to achieve change, but has struggled to find ways to succeed; and a second in which steps taken are more cautious. In the former category, President Tokayev has embarked on a mission to effectuate a wholesale redefinition of the role of law enforcement in society, abandoning the Soviet-era model whereby the police is a tool of the state in favor of a modern police force that provides service to citizens. This includes change in the judiciary system, to make the court system more adversarial, separate prosecutors from judges, and put defense and prosecution on an equal standing. Similarly, the issue of women’s rights gained importance during the pandemic, amidst an increase in reported violence against women. President Tokayev has made this issue a priority, ordering the strengthening of special units in the Ministry of Internal Affairs focused on domestic abuse, and the start of a nationwide campaign to end violence against women. Still, at lower levels of the state apparatus the resistance to change appears to remain, in contrast to the visible interest of top echelons to put an end to this problem.

The government is proceeding more cautiously in areas like freedom of speech and assembly. Affirming the importance of “overcoming the fear of alternative opinion,” President Tokayev launched reforms to Freedom of Assembly under which peaceful rallies now require only notification of, rather than permission from authorities. The law promulgated in May 2020 nevertheless did not go quite as far the President indicated, as local executive bodies maintain the power to reject the holding of rallies. Concerning freedom of speech, limited reforms have been introduced, such as the decriminalization of defamation, a tool frequently used to stop efforts to expose wrongdoing by government officials. Similarly, laws against the vaguely defined “fomenting” of hatred were changed to “incitement.” These changes will have an effect if the culture of officialdom changes – if, that is, the mentality of the judicial system shifts from one that instinctively protects officials from citizens to one protecting citizens from officials.

Reforms in the field of political participation have been cautious. Domestically, the leadership is torn between growing public demands for a greater voice and the elite’s inherent caution, coupled with the need to manage entrenched interests skeptical of liberalization. Externally, the government is similarly torn between Western pressure to liberalize and Russian and Chinese urges to maintain control over the political system.

President Tokayev launched reforms focusing on the strengthening of parliament and the expansion of democratic procedures at the local level. Regarding the parliament, efforts focus on filling the parliament with substance and ensuring it is more representative of society. The President urged Members of Parliament to be more active, and to make use of their prerogative to exercise oversight over the government’s actions.

Tokayev’s first package of political reforms included measures that reduced the number of signatures needed for forming a political party. Further, political parties now need to have a quota of at least 30 percent for women and youth on their lists. In addition, the package included reforms to build “a tradition of parliamentary opposition.” These changes for the first time recognized the official role of opposition parties in the country’s political system, by guaranteeing the opposition the chairmanship of one standing committee and the position of secretary of two standing committees in the lower chamber; opposition parties can now also initiate parliamentary hearings at least once per session of parliament. It should ne noted that these reforms focus only on “systemic” or loyal opposition parties, and did nothing for the political forces that remain outside the political system. As such, these reforms focus on the long-term building of parliamentary culture that involves a role for the loyal opposition. A third package of reforms in January 2021 reduced the threshold for parliamentary representation from seven to five percent. It remains to be seen if this will lead to the emergence of new political forces.

In a separate initiative, reforms were introduced to expand the role of elections at the local level, in order to build a culture of democracy from the grassroots up. Such elections have now been introduced in rural areas as a pilot project. The elections that followed did not lead much substantive change, as the ruling party dominated these local elections. It remains to be seen if the leadership will gradually expand this model to ensure the election of akims of larger settlements or cities as well.

Both Nazarbayev and Tokayev have noted that Kazakhstan cannot move into the world’s top 30 most developed nations without making serious reforms to improve its judicial system and to address corruption. Reforms in this realm are primarily guided by the work of the OECD’s Anti-Corruption Network (ACN), which established in 2003 the Istanbul Anti-Corruption Action Plan (ACAP). In response to recommendations that have been given in the ACAP, Kazakhstan wrote an Anti-Corruption Strategy for the years 2015-2025. The strategy has six primary focuses: corruption in public service, corruption in private business, corruption in the judiciary and law enforcement, instituting public control, developing an anti-corruption culture, and developing international partnerships. Since the strategy was launched, Kazakhstan has made headway on all fronts, and this is evident in the progress reports provided by the OECD.

To combat corruption, Kazakhstan’s government reorganized the country’s law enforcement to include an Anti-Corruption Service that reports directly to the president. Additionally, a number of regulations were instituted that increase accountability on government officials and restrict their ability to engage in corrupt behavior. Recruitment and selection processes have been overhauled for public servants and judges alike, and a higher degree of emphasis has been placed on their character. “Digital Kazakhstan” has also reduced the opportunities for illicit interactions between citizens and government officials by removing direct human-to-human contact in most public services. The country has piloted a new policing program in Karaganda that will employ a “police-service model” to transform the way that police and citizens interact with one another. Finally, Kazakhstan has made efforts to include civil society in the fight against corruption by passing laws like “On Access to Information” that will allow NGOs to monitor the behavior of business and government entities and to participate in the dialogue on anti-corruption policy reform. All these efforts are taking place in the context of increased partnership with international organizations that have provided guidance on how to incorporate international standards in Kazakhstan’s reforms. This includes not only OECD, but also UNDP, OSCE, and more recently GRECO. The results of this work have already been measured in progress that Kazakhstan has made on different corruption indexes, including Transparency International’s Corruption Perceptions Index, and the World Banks’ World Governance Indicators.