On the Path to Civil War: Beijing Navigates Post-Coup Myanmar 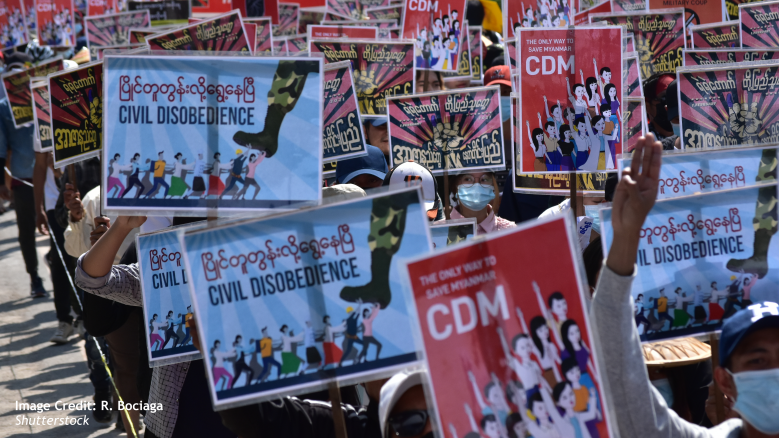 Protests against the military’s February 1 coup d’état continue in Myanmar. On March 27, the bloodiest day yet, over 114 civilians, including many children, were shot by regime forces. The heavy-handed repression has since persisted, and while the killings have drawn widespread international condemnation and unilateral sanctions, there is still no joint United Nations Security Council (UNSC) action. China, alongside Russia and several of Myanmar’s neighbors, continues to insist on non-interference in Myanmar’s internal affairs, supporting ASEAN’s mediation efforts while expressing concern over the escalating violence.

As Naypyidaw’s main trade partner and arms supplier, Beijing holds a prominent position in Myanmar. On January 11, 20 days ahead of the coup, Chinese Foreign Minister Wang Yi met with now-deposed State Counselor Aung San Suu Kyi and Commander-turned-junta-leader Min Aung Hlaing, both of whom pledged continued support for projects linked to the Belt and Road Initiative. In the evolving post-coup environment, the Chinese leadership is unwilling to jeopardize its position by potentially betting on the wrong horse, having cultivated ties with both sides of the power struggle. Nevertheless, the developing instability is on the verge of turning Myanmar into a failed state, with ethnic separatist groups siding with the protestors against the coup regime. Beijing’s position of non-interference is becoming increasingly difficult to maintain, both internationally and within Myanmar.