Japan and North Korea: Toward Engagement for Regional Security 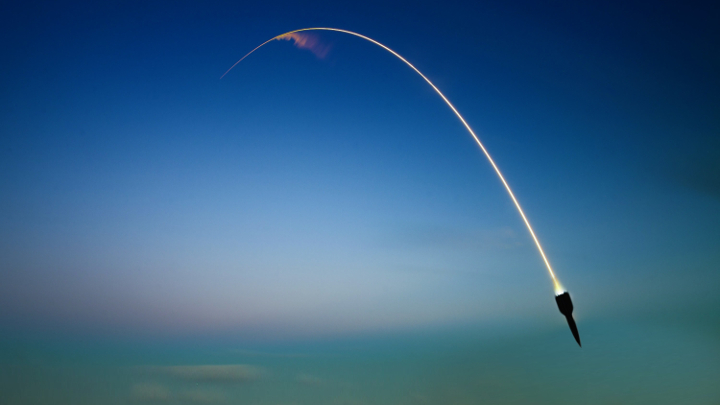 The current situation on the Korean Peninsula has invited debate on Japan’s perennial issue of constitutional revision. While this is a high-profile issue, other measures are needed to reduce tensions. Considering the unlikelihood that the DPRK will give up its nuclear program in the face of sanctions and threats, Japan’s leaders must analyze what they realistically can do as the preeminent regional ally of the US to somehow find ways for pragmatic dialogue and engagement with the country.

The past weeks have witnessed a dramatic escalation of tensions in Northeast Asia which threaten the security of the entire region. In less than a month, North Korean missiles have twice flown over Japanese territory. Together with North Korea’s sixth nuclear test, these developments have provoked new waves of UN sanctions all while the leaders Kim Jong-Un and Donald Trump have threatened to destroy one another’s countries. Against this backdrop, it is of utmost importance for Japan to make the right choices in regard to North Korea.

North Korea’s two most recent missile tests account for half of all North Korean flyovers to date, and for Japan represent the most provocative since North Korea began testing missiles in the 1980s. The first incident occurred in 1998 whilst the second was in 2009. Both caused national uproar. However, these flyovers were claimed to be vehicles for launching satellites into orbit, not missile tests. During the most recent tests, no such claims were made. In fact, it was quite clear that the launch over Japan was intended to demonstrate to the United States that Guam is well within North Korea’s range.

Thus, these missile tests serve to measure and reveal to both the North Korean regime and the world information regarding the strength and reach of its missiles. This may in turn improve North Korea’s position during negotiations. Clearly, the tests caused a significant unease in Japan and the rest of the world.

Moreover, the tests occurred within the context of statements by Trump in which he had criticized Asian countries on their trade policies and had claimed that the US military should scale back its presence in the region. Since the end of WWII, Japan has been in a treaty relationship with the US which obligates the latter to defend the former in the case of an attack, and allows it to keep bases on Japanese territory. The Yoshida Doctrine stipulates that Japan focuses on economic and trade activities while leaving its defense to the US. Whether this doctrine still today best describes a more independent Japan’s foreign policy is an open question, but there is no doubt that the US is Japan’s most important ally internationally.

In immediate response to the missile tests, the Japanese government alerted citizens in the area where the missile passed to take cover. Further, Japan has begun evacuation drills this year in regions likely to be targeted in case of a North Korean attack. Internationally, Prime Minister Shinzo Abe has gone to great lengths to ensure that sanctions against the North are implemented and has declared that the time for negotiations with the Kim regime is over. Since Abe has taken a tough position towards North Korea before, in terms of nuclear weapons as well as on the issue of Japanese civilians abducted by North Korea during the 1970s and 1980s, such tough talk was expected.

In the long term, the Japanese government sees revision of the constitution as a necessary measure to guarantee Japan’s national security. After the first North Korean missile flyover in 1998, Japan acquired PAC-3 anti-air missiles and SM-3 Aegis interceptors for defense measures. However, in recent years doubts have been raised over the effectiveness of these missile defense systems. Indeed, given that the most recent test saw a missile travel a total of 3700 kilometers in 17 minutes, a decision to shoot down a missile would need to be made almost immediately and the risk of missing would be high, thus undermining Japan’s defense system and boosting North Korea’s confidence in its missiles.

In response, debates have been sparked in Japan over the possibility of acquiring the means to pre-emptively strike North Korean missiles. Supporters of a beefed up Japanese military tend to view the acquisition of cruise missiles capable of doing so as a reasonable defense measure, theoretically providing Japan with a sort of deterrent to North Korea launching missiles over its territory.

These changes to the constitution might deter an attacker, but as a measure to reduce tensions constitutional revision misses the point. Another measure of deterrence that is talked about in Japan is nuclear deterrence. However, contrary to what some observers[2] zero in on – Japan acquiring nuclear weapons – the domestic debate generally revolves around allowing or not allowing the US to station nuclear weapons on Japanese territory. In 1967 Japan established its Three Non-Nuclear Principles which state that the country shall neither possess nor manufacture nuclear weapons, nor permit their introduction into Japanese territory.

Some – notably former Defense Minister Shigeru Ishiba – recently have argued for an open debate on the last of the three principles, and on allowing the United States to place nuclear warheads in Japan. This is, however, an unlikely proposition in a country with norms that are strongly against nuclear weapons.[3] What’s more, future potential LDP leadership candidates Chairman of the LDP Policy Research Council Fumio Kishida and Minister of Foreign Affairs, Taro Kono, have recently come out in opposition to revision of Japan’s policy of the non-nuclear principles.[4] Again, whether or not policies of rearmament contribute to deterrence, their ability to effect reduced tensions is debatable.

Toward Dialogue and Engagement?

As for sanctions on North Korea, some fear that they might seriously destabilize the economy and government of the country and precipitate a state collapse with unknown consequences.[5] While the effects of the latest round of sanctions are not yet known, the empirical record of sanctions is poor.

This suggests that either way the pendulum swings on the success of sanctions, countries in the region should prepare for diplomacy and dialogue in some form. During the mid-2000s, when North Korea announced its nuclear potential and tested missiles, normalized meetings between Japan and North Korea continued, proving that cooperation is possible. The Stockholm Agreement (2014) with North Korea, saw a lifting of sanctions against the country in exchange for Pyongyang’s cooperation in finding and returning Japanese nationals abducted by North Korea. However, today’s environment is different and talks would have to reach another dimension and address the core issues of the conflict.

These core issues center around how the US and other countries in the region can convince North Korea that its belligerent behavior only further puts it at risk of what it fears the most: regime change. Fear of regime change is the reason for North Korean belligerency and for that reason efforts should be made toward alleviation of that fear, and toward making North Korea understand how its behavior contributes to this.

The challenges when it comes to North Korea are complex: UN sanctions cannot be abolished without a changed North Korean policy, which is now unthinkable if it is not given incentives to do so. Furthermore, increased belligerency by North Korea does not encourage what can be seen as accommodating approaches. It is, however, better to recognize sooner rather than later that whether or not sanctions work, the next step is dialogue. In the long run, there is a need for a regional security structure that can deal with urgent challenges like the one that North Korea poses. In the short term, however, as a former participant in the six-party talks and a country that has experience in dealing with North Korea, Japan has the potential to make positive impact through an effort toward dialogue. Although Japan does not posses the magic solution, it is most certainly part of it.

[1] Reiji Yoshida, “Japan may be able to shoot down missiles but has no legal basis: experts” The Japan Times, August 16, 2017, https://www.japantimes.co.jp/news/2017/08/16/national/politics-diplomacy/japan-may-able-shoot-north-korean-missiles-no-legal-basis-experts/.

[2] Kyle Mizokami, “Everything You Need to Know: How Japan Could Get Nuclear Weapons,” The National Interest, August 20, 2017, http://nationalinterest.org/blog/the-buzz/everything-you-need-know-how-japan-could-get-nuclear-weapons-21980.