China’s Rise in the Indo-Pacific: A Quad Countries’ Perspective 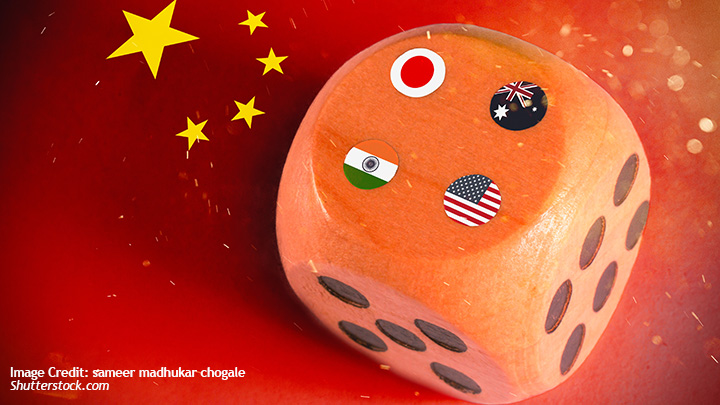 China’s rise as an economic, technological, and military superpower in the last two decades is one of the most prominent factors that led to the emergence of the Quad grouping consisting of the United States, Japan, Australia, and India as a ‘balance of power’ mechanism in the Indo-Pacific region. The four-nation grouping has evolved over time, particularly in the last two to five years, reaching the summit-level in September 2021 and both broadening and diversifying its areas of cooperation. The fact that China openly denounces the terms “Quad” and “Indo-Pacific” as part of a U.S.-led strategy to contain its rise, by often referring to it as an “Asian NATO”, highlights the critical role of the grouping and how Beijing’s perception of it shapes the internal dynamics within the Quad itself. This issue brief looks into the rise of a belligerent China in the Indo-Pacific and the Quad countries’ strategies to tackle its hegemony.