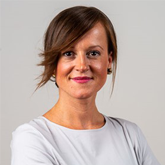 Zsuzsa Anna FERENCZY Ph.D. is Affiliated Scholar at the Department of Political Science of the Vrije Universiteit Brussel (Free University of Brussels), Head of the Associate Network at 9DASHLINE, a fast-growing platform dedicated to offering original comment and analysis on issues affecting the Indo-Pacific, Research Fellow at Taiwan Next Gen Foundation, Expert Consultant on China, Taiwan and the Korean Peninsula of Human Rights Without Frontiers. Currently Zsuzsa conducts research as a Taiwan Fellow hosted by the Ministry of Science and Technology of Taiwan, and is Assistant Professor at the National Dong Hwa University in Hualien. Zsuzsa’s fields of expertise are EU foreign and security policy, European normative power and human rights, EU relations with China and Taiwan in the Indo-Pacific.

Between 2008 and 2020 Zsuzsa worked as a political advisor in the European Parliament (EP), covering European foreign policy and human rights. As an EP advisor Zsuzsa was closely involved in the process of drafting policy with regard to China, Taiwan, India and the Korean Peninsula, covering economic and political aspects, in close cooperation with other EU institutions, in particular the European External Action Service, consulting the business sector and civil society.

Zsuzsa obtained her Bachelor’s degree at the University of Richmond, Virginia in the United States, her Master’s degree in European studies at the European Institute (Institut Européen des Hautes Etudes Internationales/CIFE) in Nice, France and her doctoral degree in political science at the Free University of Brussels in 2017.