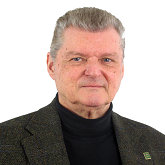 Walter Kegö was a Senior Research Fellow at the Institute for Security and Development Policy until 2018. Mr. Kegö joined the institute in January 2008 after five years at the office of the Swedish National Drug Policy Coordinator where he was responsible for law enforcement issues. Mr. Kegö started his career as a Police officer in Stockholm in 1971. During his time with the Swedish Police he was employed at the Swedish Security Police (1979-89) and was head of intelligence of the drugs unit in the Stockholm County Police Department (1989-93). From 1993 – 1996 he served as head of the homicide and crimes of violence department in Stockholm. In 1996 he became head of the national drugs unit at NCID in Sweden. Mr. Kegö has been extensively involved in initiating and improving the cooperation between police, customs and prosecutors in the Baltic Sea region. Also, his work has included multi-agency cooperation, fact-finding missions, organizing, planning and executing different activities, which have enhanced the multi-agency cooperation in the region as well as the operational work between the countries in the region.