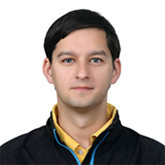 Krzysztof Iwanek is the head of the Asia Research Centre (War Studies University, Poland). His main interests revolve around Indian politics and history and he has published a number of academic and non-academic articles on this subject; Krzysztof is a regular contributor to the Diplomat, and aside from this his texts were published, among others, by the Lowy Institute, Observer Research Foundation or the Polish Institute for International Affairs. He has also published a monograph with Oxford University Press (‘Endless Siege. Education and Nationalism in Vidya Bharati school’).

In 2004-2005, he stayed in India for an advanced Hindi course on a scholarship awarded by ICCR. From 2014 to 2016 Krzysztof taught Hindi, history of India and Indian foreign policy at the Hankuk University of Foreign Studies, Republic of Korea; he also held courses on Indian politics at Warsaw University and Collegium Civitas. He holds two MA degrees: in History and in South Asian Studies, and a PhD in Cultural Studies. He has also co-authored a history of India in Polish titled Indie. Od kolonii do mocarstwa. 1857-2013 (“India. From a Colony to a Power. 1857-2013″; with Adam Burakowski).