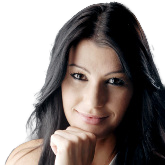 Dr. Dominika Švarc joined ISDP as Non-Resident Senior Fellow in January 2017. Dr. Švarc specializes in public international law and policy in the fields of international dispute-settlement, international humanitarian and human rights law, international criminal law, counter-terrorism, and peace operations. She is Vice-President for Planning and Development at the Adriatic Council in Ljubljana, Fellow Instructor at the NATO Center of Excellence – Defence Against Terrorism in Ankara, and Accredited Expert at the European Center for Dispute Resolution in Ljubljana.

In addition to her institutional appointments, Dr. Švarc works in international arbitration cases and regularly provides independent legal advice, training and technical assistance to governments, inter-governmental organizations, NGOs and corporate clients. She also has extensive experience in teaching and research in Slovenia, BiH, Germany, the Netherlands, and the UK. She has presented at numerous academic conferences and has published widely in the field of public international law and international relations, with established publishers such as Oxford University Press, Cambridge University Press, Routledge and Hart Publishing.

As a member of several professional associations, she has served, inter alia, on the International Law Association’s Committee on Non-State Actors in International Law and on the Executive Committee of the European Peace Research Association. She is also a member of the Regional Legal Network, comprising legal experts of the former Yugoslavia working on regional projects aimed at improving the legal systems and professional capacity of the South-Eastern European countries.