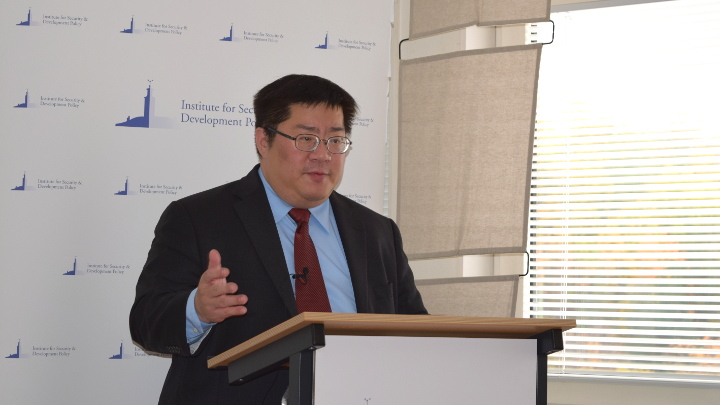 On October 18th, the Institute for Security and Development Policy hosted a forum on the topic of China’s Space Program, welcoming Mr. Dean Cheng, Senior Research Fellow for Chinese Political and Military Affairs at the Heritage Foundation (US).

Watch a video of the event here.

Mr. Cheng spoke on China’s efforts towards becoming a space power, which started before the first moon landing. In recent years, the nation has proved capable of establishing itself as a worthy rival of countries more famous for their space endeavors, such as the US and Russia. Still, Mr. Cheng stressed that China’s Space Program cannot be likened to the American and Russian ones, as Chinese ambitions – both on Earth and in space – are different. Moreover, China does not take part in the perceived “space race” between the US and Russia, much thanks to its non-involvement in the Cold War.

China’s space program is linked to the concept of comprehensive national power; the ability to pursue a variety of goals to help the nation thrive and develop. Space industries help technology advance, attract foreign investments and train skilled personnel. Economic advantages include the development of map systems and satellite tracking systems for shipping companies and online retailers. Furthermore, space allows for information gathering and dominance – something very useful in politics and warfare.

According to Mr. Cheng, China is seeking to become a space power, and has all the means necessary. China wishes to access space at any time, and may, according to a considerable amount of literature on the subject, coerce other nations into not standing in the way. Mr. Cheng did not wish to rule out that space may become the subject of war in the future.