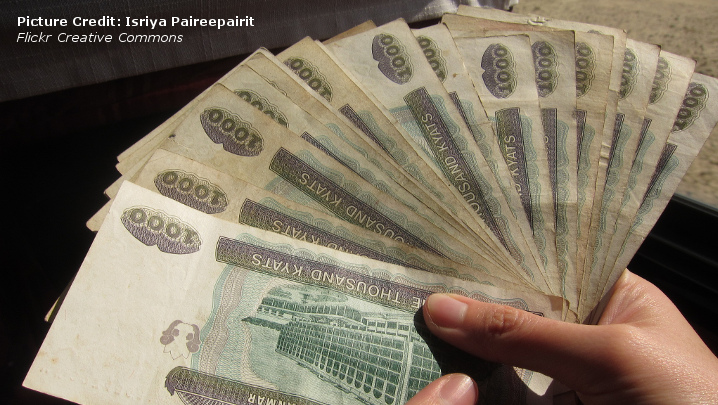 How is public financial management important in the context of Myanmar’s transition process?

Public Financial Management (PFM) refers to the financial planning, budgeting, and spending of institutions at the national and regional level. Until recently in Myanmar, it was characterized by highly centralized control, weak administration, low managerial autonomy, and little consultation in decision-making. As a result, poor financial management has had a negative impact on the country’s human and economic development.

However, the political and economic reform process in Myanmar accelerated after the U Thein Sein government came into power in 2011. Improving PFM, including fiscal decentralization, is central to this and accordingly shapes the foundation of Myanmar’s endeavors to invigorate a market economy, promote open administrations, empower government institutions, and secure peace.

Reforming PFM is still in its early stages and is largely dependent on the institutional and political context. There also exist a number of obstacles that need to be overcome.

What steps have been undertaken to improve PFM and what challenges are being faced?

Considering that reforms only began in earnest after 2011, the full results remain to be seen. Nonetheless, there have been positive steps towards greater transparency. Some of the most notable initiatives – but also their challenges – are as follows.

First, the passing of the Union Budget Law in 2012 and the creation of a Public Accounts Committee and National Planning and Finance Committee has increased public debate and parliamentary oversight of public spending. A shortcoming, however, is that policy analysis is largely dependent on government staff and ministries, with there existing a lack of technical training and skills required for independent analysis of budget proposals. The government also continues to run budget deficits resulting in high inflation through printing money.

In regard to budget allocation, there has been increased expenditure on education and health as well as large rises in civil service pay and pensions. In 2013-14, education expenditure increased from 0.8 percent of GDP to about 2 percent. Nevertheless, spending on these areas remains the lowest of its ASEAN neighbours with high military spending as a proportion of government expenditure continuing to impede allocation to other priority sectors.

Second, the government has sought to improve the collection of tax through the establishment of a Large Taxpayer Office, which became operational in April 2014. This body has introduced basic tax measures such as taxpayer self-assessment and unique taxpayer identification numbers. These changes should help the government to enhance revenue collection and reduce corruption. Yet, taxation is very complicated with lack of capacity being a key obstacle. Additionally, lack of enforcement and high arbitrary tax rates on individuals and businesses serve to encourage rent-seeking behavior.

Third, attempts have also been made to create an independent central bank. A new Central Bank Law was introduced in July 2013, granting far greater autonomy to this institution and separating powers from the government. Positively, furthermore, more than half of Myanmar’s international debt has been written off and relations with major international financial institutions have begun to normalize.

Finally, Myanmar has signed up to the Extractive Industries Transparency Initiative (EITI), the implementation of which will help to boost fiscal transparency in not only the extractive sector but also expose the need for better PFM more generally. Yet, in spite of the Budget Law mentioned previously, there still exist major reporting problems among government departments and public sector entities who do not fully report their financial operations. In fact, Myanmar was ranked lowest out of 58 countries in Revenue Watch Institute’s Resource Governance Index in 2013. The potential for corruption remains an issue as the licensing of government tenders and contracts in rural regions lacks oversight and transparency. There is also weak budgetary evaluation from the government for industrial projects and monitoring is largely reliant on civil society and other non-governmental institutions.

Fiscal decentralization is a key issue in Myanmar. Can you talk a bit more about this?

Fiscal decentralization refers to the devolution of fiscal power – that is taxation, spending, and subnational borrowing – and responsibilities from the central (union) government to local (subnational) governments. This, in theory, gives them greater stake in collecting revenue and preparing their own budgets.

Thus far, however, fiscal decentralization has been politically directed and top-down, focused mainly on service‐delivery and development spending. The designation of responsibilities according to the 2008 constitution means that state/regional governments currently have very little fiscal power. Rather decision-making with respect to the budget is the responsibility of chief ministers (centrally appointed) and the Union Fiscal Commission. State/regional governments account for only less than 5 percent of public spending in Myanmar – a very low figure.

As a developing country, the process of fiscal decentralization is an important component in upgrading Myanmar’s economic system and more equitably regulating the share of natural resources in benefiting community development, especially in ethnic states. In line with political and economic demands, Myanmar will feel increasing pressure to decentralize.

What do you think should be the main priorities for public financial management looking ahead?

I think that continuing with the agenda of improving PFM towards greater social accountability and good governance is crucial. In particular, I would like to highlight four key aspects.

First, we need stronger political will to drive forward fiscal decentralization. Reform of state/regional governments is needed for better allocation of resources and prioritizing the specific interests and needs of different regions in Myanmar. Regional governments remain currently financially under-resourced with centrally appointed chief ministers exercising too much control over decision-making.

Second, in regard to public expenditure allocation, there needs to be greater spending earmarked for education, health, and agriculture, among other key sectors. While this has increased in recent years, especially for education and health services, high defense spending means that other sectors still remain comparatively underfunded.

Third, there is a need to increase the tax revenue base by drawing on Myanmar’s rich natural resources for the country’s development. At the moment, taxes are levied in the way of royalties and Corporate Income Tax. Commercial taxes on the export of goods are specified under the Tax Law of the Union (2015) but remain limited and arbitrary. Introducing a resource rent tax to strengthen natural resource governance and capture a larger share of revenues has not yet been considered. This would have the advantage of harnessing the distinct revenue potential of extractive industries and target the “excess” profits resulting from non-renewable natural resources.

Notwithstanding the above, there is also a need to expand the tax revenue base so as to reduce reliance on resource revenue. This requires reform of tax policy and administration as well as a gradual shift away from direct to indirect taxation. The Ministry of Finance and Revenue has set a target of doubling the rate of tax-to-gross domestic product (GDP) ratio to 10 percent by 2018.

Last but not least, more effective PFM necessitates better infrastructure and technology. Advances in such would facilitate a more modern and accountable environment for financial management.

Ei Phyo Maw is a researcher at the Myanmar Development Resource Institute and was a Visiting Research Fellow to ISDP in 2016.