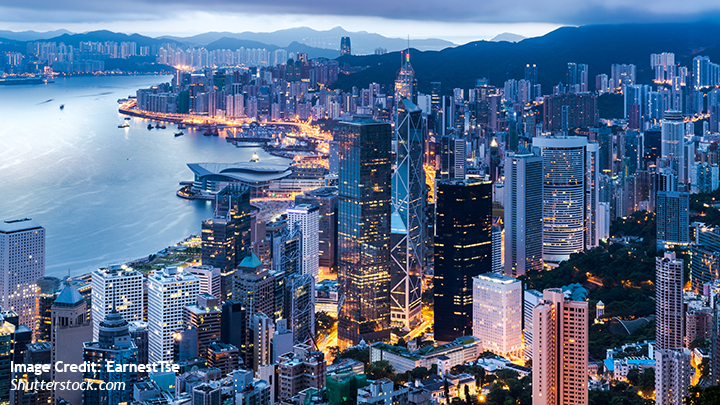 July 8, 2022: In connection with President Xi Jinping’s visit to Hong Kong on July 1 this year, Professor Joseph Yu-shek Cheng, who is now based in New Zealand and a non-resident Senior Research Fellow at ISDP, was interviewed by Radio France Internationale (RFI). Here you can find a transcript of the interview, which was conducted in Mandarin.

Xi Jinping visited Hong Kong to commemorate the 25th anniversary of the city’s handover from Great Britain and to swear in the former police chief John Lee as new Chief Executive replacing Carrie Lam. This was the first time since January 2020 that Xi Jinping left Mainland China. In the interview, Professor Cheng remarked that in contrast to earlier visits by state leaders, Xi only spent ten hours in Hong Kong and did not attend the flag raising ceremony. One reason for this was probably that he wanted to avoid being infected with the Covid-19 virus, which is now spreading in Hong Kong, but another reason may also have been that he did not want to risk having his image tarnished by possible outbreaks of public protests.

In this interview Professor Cheng said that in his opinion one can no longer say that the formula “one country, two systems” is implemented in Hong Kong and that this is also the judgment of Hong Kong people in general. During the past two years the population of Hong Kong has decreased as a result of emigration. Approximately 40 percent of the enterprises in Hong Kong have reported that they have been affected by this emigration, and many schools have seen a decrease in the number of students. People in Hong Kong, where civil society used to be vibrant, no longer find it possible to talk about topics such as democracy and general elections. It is telling that this July 1, no demonstrations or public protests could be seen.

Still Xi Jinping and his government in Beijing as well as the Hong Kong administration continue to claim that the formula “one country, two systems” has been very successful and will continue to be implemented for a long time. Professor Cheng thinks that this is because Xi does not want to openly reject the policies of earlier leaders who, from Deng Xiaoping onwards, have all held on to the principle “one country, two systems”.

Professor Cheng emphasized that from the very beginning of reform and opening up in China, Hong Kong has, as an international center of finance and trade, served these policies and that this has also been beneficial for Hong Kong. “But during the past few years we can see,” he said, “how the confrontation between China and the US has increased, and furthermore all over the Western world there has been a reappraisal of the policies towards China. To a certain extent a decoupling has taken place between the economies of China and the US as well as between China and the international community. From this point of view, China’s Hong Kong policy in fact weakens Hong Kong’s position as an international finance center.

The American Heritage Foundation used to evaluate Hong Kong independently on its economic freedom index but has now ceased to do so. The main reason for this is that they think that Hong Kong has now become a part of China with no special status worth speaking about and that therefore there is no need to continue to make a separate and independent evaluation of Hong Kong. In the past, Hong Kong was always considered one of the economically most free cities in the world and was often ranked among the top three on this index. Now it is not even ranked! We can see that the Chinese leaders consider the political influence in various ways of Hong Kong public opinion in China to be quite dangerous. China is prepared to pay a political price to stop this influence and block all bad external influence. This is very clear. This is also the main reason why ‘one country, two systems’ cannot survive, why it cannot be preserved.”

Asked to comment on Xi Jinping’s statement that Hong Kong must be ruled by patriots and that there is no country in the world where unpatriotic people or even traitors are allowed to take power, Professor Cheng commented: “The old generation among the participants in the democracy movement in Hong Kong, that is our generation, are basically all very patriotic, we all agreed that Hong Kong should be returned to China and hoped that after handed over back to China, Hong Kong would move towards democracy. We did not want Hong Kong to be a colony forever. Of course, this is how we in the old generation think. Later the young generation of participants in the democracy movement take a different stand. They probably think that Hong Kong should be cut off from Mainland China. This is a generational divide, which marks a difference in degree between the old and young generations.”

The impact of the protests in Hong Kong

Finally FRI asked Professor Cheng the following question: “In the year 2003, 500 000 people demonstrated, asking the Hong Kong government to abandon implementing article 23 of the Basic Law [which states that Hong Kong ’shall enact laws on its own to prohibit any act of treason, secession, sedition, subversion against the Central People’s Government, or theft of state secrets, to prohibit foreign political organizations or bodies from conducting political activities in the region, and to prohibit political organizations or bodies of the region from establishing ties with foreign political organizations or bodies.’]. In 2012, Hong Kong people, especially middle school students, started the anti-national education movement against the brainwashing national education curriculum. In 2022, Hong Kong students face a new history curriculum which denies Hong Kong’s colonial history. The implementation of general elections promised in the Basic Law was postponed again and again until finally changed into an election in which only a small circle can participate. If Hong Kong people had not protested again and again, could this have led to a better situation than today? Could Beijing then have guaranteed Hong Kong ‘a high degree of autonomy’?”

Professor Cheng replied: “If the people of Hong Kong had put up no resistance, if they had behaved like the people of Macao, then the situation would of course have been better. But this would not have altered the constraints of Beijing’s policy towards Hong Kong. These constraints would mean that we would have to uphold and obey the Communist Party, have to understand history according to the official version, and that no different opinions would be allowed. If Hong Kong would change and become like this, then of course no repression would be necessary. This is very clear. But Hong Kong people also think: We are people! We have our basic dignity and our basic rights. Even under the present serious repression, when most Hong Kong people dare not speak up and many people escape abroad, we cannot sacrifice our dignity as human beings, sacrifice our basic rights as human beings. If we only obey the Chinese Communist Party, then there will be no repression, then there will be harmony. But this would be to go against all that democracy stands for, against the pursuit of democracy and against the demands of human rights.